Autoimmune thyroiditis, lymphocytic thyroiditis, Hashimoto’s thyroiditis, or Hashimoto’s disease, is an autoimmune disorder characterized by inflammation of the thyroid gland as a result of an autoimmune reaction to T lymphocytes (T cells). The name “Hashimoto” originated from the Japanese doctor, Hakaru Hashimoto, who first depicted the disease in 1912. Hashimoto’s Disease has become more and more prevalent in recent years, primarily affecting women; of every 100,000 people, 2.2 men and 498.4 women are affected per year worldwide.

Signs and symptoms of Hashimoto’s disease

It can be difficult to detect the signs and symptoms of Hashimoto’s disease at first, as the disease typically developes slowly. As the disease progresses, damage to the thyroid results in a drop in thyroid hormone levels in the blood.

At the onset of Hashimoto’s disease, T3 and T4 concentrations are at normal levels; metabolic condition is unaffected and the patient appears to be in a healthy, euthyroid state. As the thyroid gland weakens, however, concentrations of TSH – the hormone that stimulates T3 and T4 secretion – begin to increase.  The thyroid reserve and T4 levels begin to decrease. Though T3 levels are able to hold stable initially, they eventually begin dropping as well. As the disease advances, lymphocytic infiltration and fibrosis bring about a continual decrease in thyroid efficiency.

The signs and symptoms of Hashimoto’s disease are similar to those of an underactive thyroid gland, also known as hypothyroidism. In the case of Hypothyroidism, there are a number of rather nonspecific symptoms which begin to appear. Among them are: fatigue, lethargy, constipation, intolerance to cold, stiffness, muscle cramps, carpal tunnel syndrome, loss of appetite, weight gain, dry hair, hair loss, and dry or pale skin. In the most serious cases, central nervous system and kidney damage can occur, sometimes even resulting in the patient going into a coma.

The origin of Hashimoto’s disease has been widely studied in recent years, due to its increasing incidence.

Three agents have been found to be implicated in the development of Hashimoto’s disease:

Certain genes have been identified as susceptible to the development of Hashimoto’s disease. Some of these genes, HLA DR3, DR5, DQ7, CTLA-4, and PTPN22 for example, have been linked to other autoimmune diseases as well. At present, the only thyroid-specific gene that demonstrates an association with Hashimoto’s disease is the thyrogobulin (TG) gene.

A stimulus (antigen) which induces an immune system response

In normal functioning our intestinal wall acts as a selective barrier that allows nutrients to pass through while meanwhile blocking the passage of potentially harmful substances. Physical, biochemical and immunological components coordinate with each other to create this defensive wall. For those suffering from Hashimoto’s disease, an alteration in the permeability of the intestinal wall triggers an autoimmune process. Having undergone surgery or stress, received burns, suffered trauma, sepsis, pancreatitis, intestinal infections or inflammation all increase one’s susceptibility to the disease; as does intolerance to certain foods (cow’s milk), bacterial overgrowth, ingestion of non-steroidal anti-inflammatory drugs (NSAIDs) or alcohol consumption.

Other factors that are implicated in Hashimoto’s disease are:

Conventional treatment for Hashimoto’s disease includes administering a synthetic T4 thyroid hormone, monitoring the patient, and making subsequent dosage adjustments. Other measures, such as a change in diet, physical activity and stress management have demonstrated a capacity to slow the progression of the disease and greatly improve the quality of life of those who suffer from it.

While the use of synthetic T4 hormone in conventional treatment is able to control hypothyroidism in the majority of patients, a certain percentage, despite following dosage recommendations, remain symptomatic.

Moreover, according to The American Thyroid Association normal levels of TSH, T3 and T4 may not be a fair indication of euthyroidism, or normality. The body may attempt to reduce metabolic expenditure- a process controlled by the thyroid hormones, when subjected to stressful situations such as chronic disease, chronic stress, chronic fatigue or fibromyalgia, old age, leptin resistance, diabetes, depression and/or obesity. When metabolic expenditure is reduced, activity of the enzyme responsible for converting T4 into T3 is slowed, resulting in «low T3 syndrome» or “euthyroid sick syndrome”.

While the conventional approach to Hashimoto’s disease takes into consideration the hormonal deficit caused by glandular destruction it does not address the multiple mechanisms involved in the disease’s origin and development. A multidisciplinary approach, on the other hand, considers the various related factors and the resulting multisystemic consequences.

Nutrition has a fundamental effect on Hashimoto’s disease due to the cellular inflammation and alterations in the intestinal barrier that occur as the disease progresses. An anti-inflammatory diet is recommended, including organic and non-processed foods such as fruit with low glycemic index, vegetables, and small- or medium-sized oily fish. Forgo processed foods, trans fats and any grains that may contain gluten. «Gluten-free» is often a poor substitute, though quinoa, rice, buckwheat, teff, or amaranth are all good substitutes for those items which usually contain gluten. 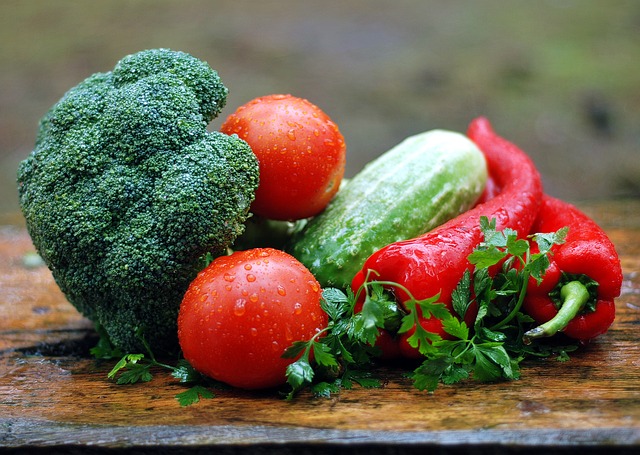 Isothiocyanates are phytochemicals present in crucifers (cabbage, broccoli, brussels sprouts, cabbage, cauliflower) which lower the thyroid’s ability to absorb iodine. When suffering from iodine deficiency, or when consumed raw, such foods can be especially damaging.

Supplements can be a good option to treat or reduce symptoms associated with Hashimoto’s disease.

Iodine: the diet would be sufficient to provide the necessary amount of iodine.

Exposure to heavy metals, especially mercury, should be avoided as much as possible. Large fish such as tuna, shark and swordfish are best avoided. The safest fish to consume are anchovies, cod, mackerel, sole, hake and sardines. Surprisingly, the most significant source of inorganic mercury in our diets is dental amalgam, a liquid mercury and metal alloy mixture used to fill cavities caused by tooth decay. Conditions must be safe, therefore, when removing these amalgams, with the application of a heavy metal chelating treatment.

If heavy metal poisoning is confirmed, treatments are available:

There are a number of substances, such as Chlorella pyrenoids, which can prevent heavy metal absorption.

Certain substances have detoxifying and antioxidant potential. Some examples are glutathione (with specific effects on mercury toxicity), alpha-lipoic acid, N-acetylcysteine and folic acid.

Induced sweating: i.e. saunas. In addition to its many positive health effects, saunas are also effective in removing heavy metals and other toxins, such as bisphenol A and polychlorinated biphenyls.

Although the direct mechanism by which stress impacts Hashimoto’s disease is unclear, there are clear indications that it alters processes linked to immunity and inflammation. 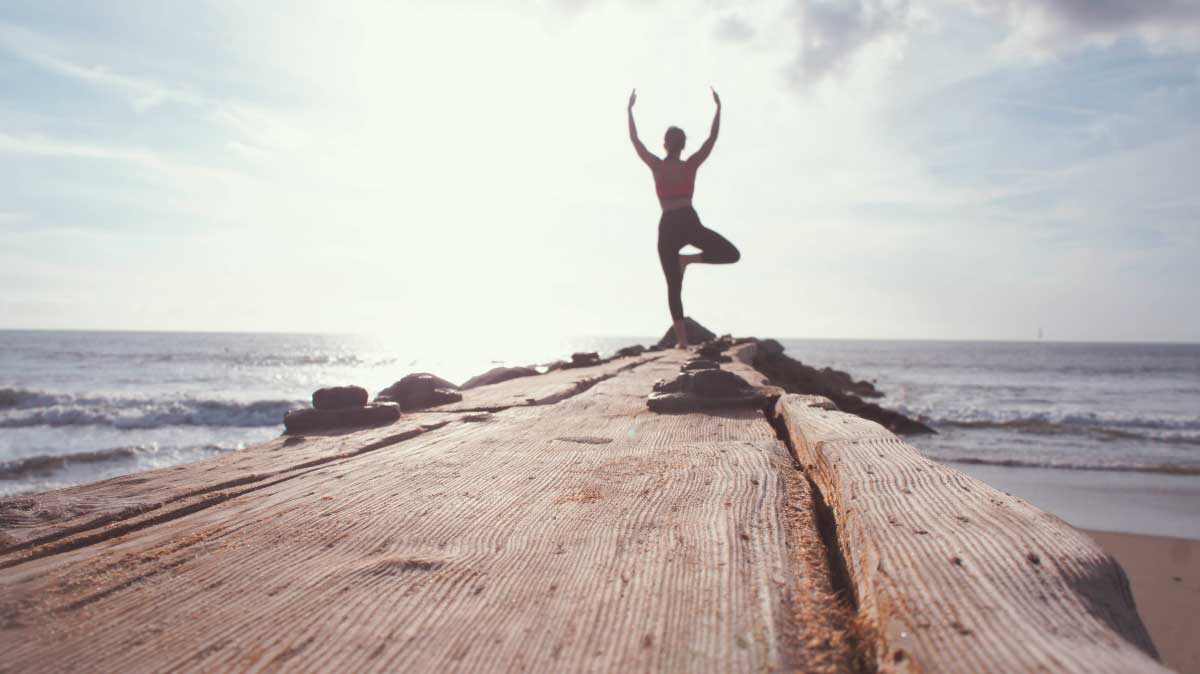 Several studies show the efficacy of meditation and yoga for improving stress management. Although there are no specific studies on patients with Hashimoto’s disease, there have been reviews on two autoimmune diseases of a similar nature: multiple sclerosis and rheumatoid arthritis. These show consistent evidence for the use of such techniques for reducing stress and the subsequent impact on autoimmune disease.

Nutritional supplements have also been used to promote stress management. Some examples are rhodiola rosa- which positively affects physical and mental performance); vitamin B, magnesium and fatty acids, and withania somnifera (aswagandha)- which attenuates oxidative damage, reduces anxiety, and has been shown to reduce TSH in people suffering from subclinical hypothyroidism.

Physical activity has been shown to achieve an elevation of lymphocyte-regulating cells, and promotes the release of IL-6 muscles (which induce inflammatory response). There are no studies between physical activity and Hashimoto’s disease. In other autoimmune diseases, however, the incidence of rheumatoid arthritis, psoriasis, multiple sclerosis and inflammatory bowel disease is higher among those who engage in lower levels of physical activity. Research also exists on the effect that physical activity has on thyroid function and has shown that regular exercise has a positive effect on people with hypothyroidism, improving their thyroid hormone profile.

The treatment of Hashimoto’s disease, in conclusion, must include a multidisciplinary approach that is able to address the different factors implicated in the source of the disease, the means by which it was developed, and the implications the disease has on the body as a whole. Diet, nutritional supplements, physical activity and stress management have all brought about positive results not only in analytical testing, but also in the quality of life of those who suffer from it. 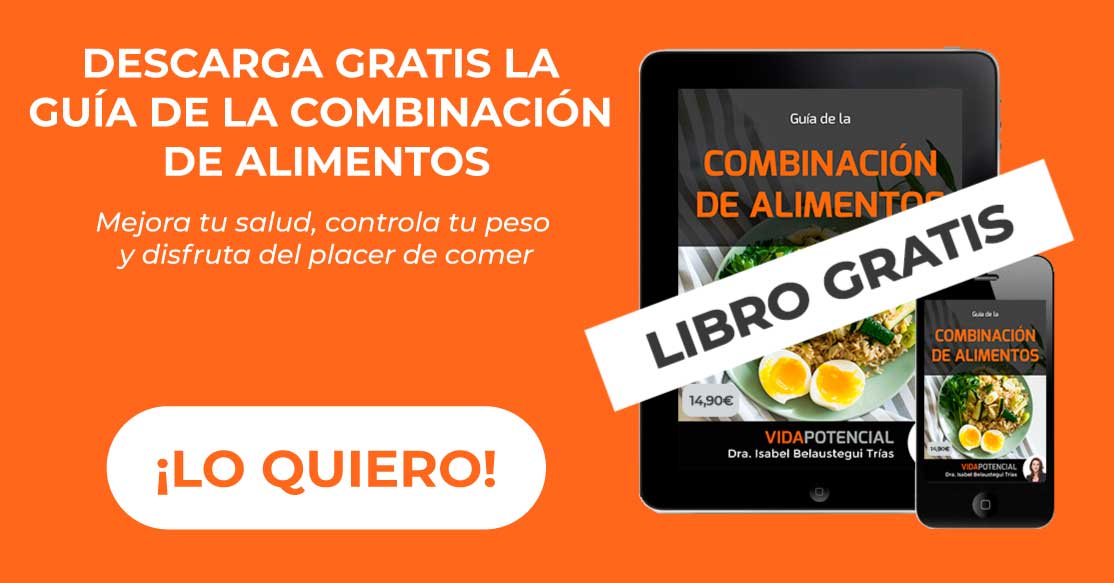 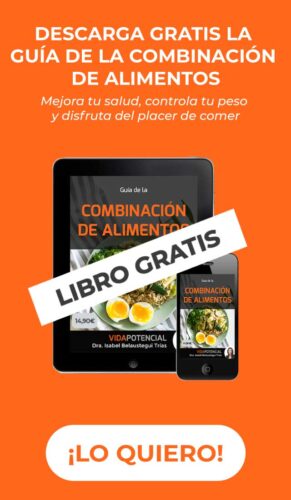